Akira Haru  is a girl with a hybrid family tree. It's not entirely known what exactly she is, but she is believed to be mostly human with a large enough hint of crow tengu to give her wings, obtained through a curse given to her as a very young child. She is very excitable, bubbly, and lovey beyond belief, usually trying to be chummy with people before deciding they're evil. She has mellowed out a little from her old self after the True Akira arc, however.

She is one of the three Heroes of Windsong, and the effective leader of the group.

She is deceased in the primary timeline, as of Darkest of Times- but lives on in the Heroes' Timeline.

Before she rediscovered herself, Akira wore a light pink dress, with a blue band around her waist that has a loop on one side. Her dress was patterned with a heart on her chest, and a light blue star. She wore two knee-high stockings, one red, one blue. She had colorful patterns on her face, and one eye was green, the other was red. Her hair was (and still is) bright pink, and it used to have a cyan tip on the (rather angular) ahoge she has. To top it off, she has feathered wings. One is black, with cyan tips on the feathers. The other is white, with red tips.

After the alter fiasco occurred and True Akira surfaced, Akira's looks changed drastically. She switched her typical dress out for a new, still-pink one that split at the bottom in a coat-like way, revealing cyan leggings. The dress also has a band around her torso, complete with swirly heart marking and bow on her back, and a cyan heart in the center of her chest. She swapped her heart pin out for cute Madoka-esque hair bows, and her colorful face markings out for a single pink heart on her cheek. Her eyes and wings changed color, too- her eyes are now pink and cyan, and her wings are now pink with red tips.

Akira is a young girl, who was essentially cursed with awesome. When she was young, a very pissed-off witch cursed her, making it so that she would gain parts from a random creature when she reached a certain age. The witch hoped that she would get something ugly, but it did not go according to plan- Akira gained magical wings, one black and cyan, the other red and white.

However, what no one knew was that the witch was carrying two beings of chaos and order- Thana and Zhiara. They passed from the witch's body to Akira's, giving her her odd eyes and general theme of duality. She grew attached to them, believing they were part of her and forgetting who she really was. In a recent Windsong tale, Thana and Zhiara split from her, leaving her without the personalities she'd grown up with and dropping her into a world where she felt broken and empty. It took a long time, but when Zhiara's life was threatened by Thana, Akira finally rediscovered her true self- taking on her new True Akira appearance in the process. 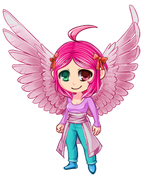 Made in the Sailor Senshi creator

Made by Fluffy Eevee323
Add a photo to this gallery 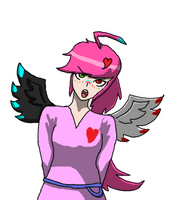 Confirmation that I'm the master of the Break the Cutie trope.

Normal shenanigans with Akira and Phantasm. (Oh, and alt outfit for Phantie.)

I edit Ryuko and Mako to make these two a LOT. 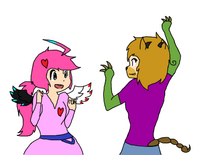 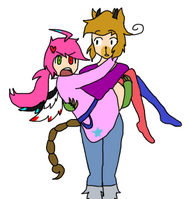 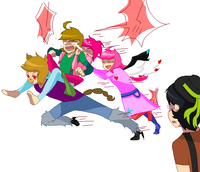 Made by Rage Mallor

Akira under attack! (Those are Elidra's shadow arms.) 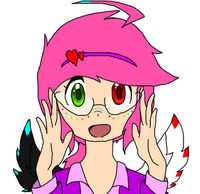 Akira dressed up in a secretary outfit. 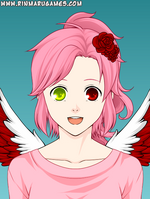 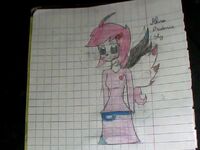 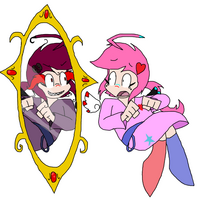 The echo in the mirror...

Akira and a new friend 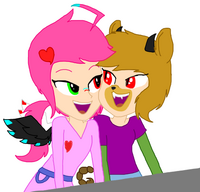 Akira being her nerdlord self (and annoying Crescenta). 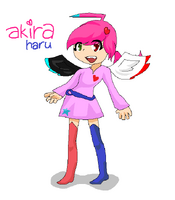 By PsychicEspeon- big thanks, it looks awesome!

Akira's appearance in the wiki background. 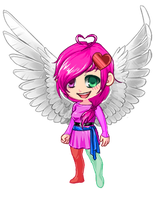 Made in a dressup art

Add a photo to this gallery
Retrieved from "https://fanpapalouiecustomers.fandom.com/wiki/Akira?oldid=63127"
Community content is available under CC-BY-SA unless otherwise noted.